Within a year of moving to Slovenia, I heard this wild tale about a populist politician who drove around in a Bugatti he built himself, sold books he wrote, and spoke to large crowds with a monkey on his shoulder, and that he was assassinated before the first national election in 1992. His name was Ivan Kramberger, a gasterbeiter made good, having gone to Germany and made a fortune with a patent involving dialysis machines. So upon independence he returned. Great stories abound, but it was the monkey that sealed it. I found an old notebook not long ago with the title Demagogue with Monkey. That was how I first conceived the novel. But I didn’t start until some years later, maybe 2008. I remember I had a couple chapters written when I went one spring night to the balcony and I thought of something for the book and started laughing. I dashed into the next room, where my computer was and typed a quick chapter. That was to be the process for the first half of the book, about a month’s worth, before travel interrupted the process. It was the first novel I wrote directly on computer.

The book a turned into a dark comedy of Balkan, mostly, assassination. A journalist for a sleazy magazine is sent to Europe to write about the assassinations in Minsk. His specialty is assassinations, so he naturally has connections in Beograd and Sofia. He takes the opportunity to stop and visit old pals and informants, even to finally see Sarajevo, the world capitol of assassination, though by the numbers it would be Sofia or Beograd, or by now Moscow or Minsk. But he doesn’t want to go to Minsk. So when an informant in Beograd happens to mention Kramberger’s assassination, he is thrilled–Slovenia has one! He will go to Slovenia (this leads to trouble with his editor who at one point threatens that if this shit keeps up he’ll find himself working for the New York Times!).

The book is told in first, second, and third person, for the narrators are continually getting picked off. But the book does finish, apelike, as it should

The book has been published in Slovene, but has not been available to Englisih readers who did not ask to see the manuscript. That ends now. I will post the book in order, a few chapters here and there. Maybe two or three people will be interested.

Kramberger was born in Negova, Slovenia, and killed by ‘a drunken hunter’ in Jurovski dol, a small village: 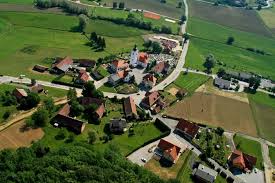 Here is the road to Jurovski dol, in an image that is similar to what I see at the Slovene end of the book:

In How to Read a Book, Mortimer Adler stressed the importance of reviewing the table of contents and letting the mind ask questions, become curious, all for the sake of better comprehension and retention. So I will begin thusly: