The Travels of Mandrake

Since he maneuvered his way into this book in such a way that the trained eye could hardly miss him, it might be of some interest if we follow Mandrake Pizdamonavić’s movements over the years preceding and following the one in question, 1992. But first let it be noted that Mandrake is a corruption of the Greek Mandraki, and Pizdamonavić of the Bulgarian Pesdamulov. Mandrake Pizdamonović was that rare creature, the Greco-Bulgar. Some of his movements and suspected activities make a great deal more sense in this light. Where there is a degree of uncertainty we have omitted mention of the assassination. But if we can place Mandrake Pizdamonavić in the vicinity on the day of an assassination we include it on our list. The temporal cut-off points are only arbitrary to the degree that they stray from June of 1992, when Kramberger was shot and it has been established beyond doubt that two days prior to the killing, Pizdamonavić landed at Brnik airport, spent that night in Ljubljana, the next in Maribor, and on the day of the shooting, late in the afternoon, crossed the Austrian border and stayed in a hotel in Vienna before dipping under the radar of documentable vigilance. So we begin in 1986, though we could easily have gone back a few years or started with the veritable spree of 1988. Please keep in mind that Mandrake Pizdamonavić is a warm weather suspected assassin. If the event occurred in the winter months—see Chico Mendes–indeed in late fall or early spring, then it happened near the equator.

the Swedish Prime Minister, was shot twice in the stomach while walking down the street with his wife, who was shot once in the back and survived to identify a patsy who was convicted but later acquitted on appeal. The killing took place on February 28 in Stockholm. Profiles of Pizdamonavić, who was without question in Stockholm on that day, as well as the next, in Oslo the week before, and soon on his island home in the Aegean, suggest that it was the horrible weather and light conditions of this experience, or let us in the interests of fairness say this ‘visit’, that led to his refusal to operate in cold weather conditions. Palme’s loud and confrontational expressionism on the international stage would have naturally provided many enemies, so it is not worth the time to speculate as to who would have hired an assassin.

No assassinations in 1987 can be linked to the presence of Mandrake Pizdamonavić, but 1988 was a fecund year. Mandrake arrived in Paris in mid-March and spent at least two months there. Interestingly, Dulcie September

of the ANC, who was shot five times by a pistol with a silencer on March 31, was without question ordered dead by the South African government, which was a constant target of Olaf Palme’s recriminations. Sometime in June, Pizdamonavić returned to Greece, where William Nordeen

of the United States was blown up on June 28 while driving outside Athens, ostensibly by the revolutionary 17 November group. Military attaché to the American Embassy, Nordeen was said to have been killed to exert pressure on the U.S. to remove its military presence from Greece. Given Mandrake’s Greek bloodlines and the fact that he makes his home in Greece, one can make the connection that he was somehow involved. However, as he lived in Greece, he would be implicated in any assassination in Greece, wouldn’t he? No clear evidence is helpful. He arrived in Piraeus by ferry on June 25 and left by ferry on July 3. One message uncovered during the investigation questioned the reason for moving up the date of the assassination, so it is interesting that by July 5 Pizdamonavić was in Brazzaville, Congo. Yes, that Brazzaville. No one has ever been able to pin down the date of the assassination of Pierre Anga,

rebel captain, and rumors that President Sassou-Nguesso personally cut off his penis and stuffed it in Anga’s dead mouth remain rumors. Not even the precise day of death can be determined. We know that Anga was on the run and was caught by someone and killed by someone. We know that Mandrake Pizdamonavić was in Brazzaville, for a while appeared not to have been, and certainly was when he flew out on July 27. In December, Pizdamonavić was in Rio de Janeiro. In December/January, he celebrated the new year in Sao Paulo. On December 22, Chico Mendes

was killed. The obvious ranchers were rounded up and a couple were convicted and sentenced, but unreliable witnesses—that is, disgruntled employees of the rainforest-eating giant corporation Cargill, which habitually disgruntles employees—have claimed that even back then Cargill, the rainforest-eating giant corporation, had its eyes on Amazonian profits that could only accrue in a sort of correlation to the recession of the Amazon forests.

Organizer, assassin, or both? That’s one of the unanswered questions about Mandrake Pizdamonavić. Though he can be connected to no assassinations in 1989, he spent several weeks that year in Tehran and was in Berne, Switzerland, by April 19, 1990, and Geneva by April 23, the day before prominent anti-clerical Iranian dissident Kazem Rajavi

was gunned down—machine gunned down—by two men in Coppet, a suburb of Geneva where Rajavi lived. Witnesses described the killers in such a way as to rule out Pizdamonavić’s direct involvement. In all fairness it must be noted that Pizdamonavić flew to Zurich directly from Washington, D.C., and the death of Rajavi has been used as an anti-Iranian government propaganda tool by the ruling cabal in the United States.

Champions of privatization such as the American business government would have approved of the next coincidence here taken note of, the death of Detlev Rohwedder 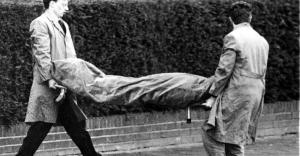 in Dusseldorf, picked off by a sniper while under heavy guard, standing unconcerned near a window at his house on April 1, 1991. Rohwedder was in charge of the privatization of East Germany, so to speak, and many thought he was not only dragging his feet, but positively entrenching them in an attempt to obstruct the process in order to eventually implement some kind of passé worker controlled environment in factories and such. While if any of the suspicions regarding Mandrake Pizdamonavić is actually true a visit to the city that was home to the famous Dusseldorf killer, Peter Kuerten,

would not be unthinkable, the timing and duration of the visit make one curious. March 31 arrival, April 2 departure. And one could suppose that a visit to Chicago, the city associated with Al Capone all over the world, might also be in order. Sure enough, Pizdamonavić was there on May 21st, when Ioan Culianu,

a professor at the University of Chicago was knifed to death in a bathroom in a campus building. An authority on mysticism, magic, Gnostics, and an altogether mysterious mind and man, his death has been blamed on the Romanian secret service, the theory being that he was critical of the economic policies (privatization again) of the new, post Ceausescu, regime. Speculation involving Mandrake Pizdamonavić begins with his chosen pseudonym and suggest a personal motive, as does the intimate nature of the assassination. Oddly, that same night, a Mexican poet who called himself by the Aztec moniker Zenzontli, 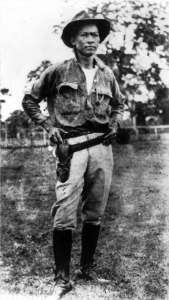 and his bizarre work ‘anti-regime’ and pulled such wild stunts as imitating a crow for an entire three minute rendition of a poem, cawing out Shaft! over and over, was found hanging in his hotel room in the Loop that same night, time of death some hours later than Culianu’s, name of hotel Blackburne, which is where Mandrake Pizdamonavić happened to be registered at the time. In July, Pizdamonivić was all over the Low Countries, and was missing from Brussels on the day that Andre Cools, 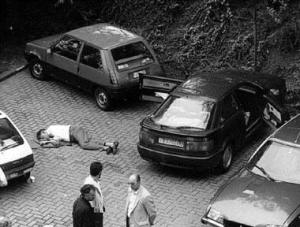 minister of the Walloons and member of the socialist party that was implicated in a scandal involving an Italian helicopter manufacturer, was killed, July 18. On July 20th, he was in Paris, where there is reason to believe he stayed, more or less, until August 9th, when he flew to Milan. On August 7th, Shapour Bakhtiar, 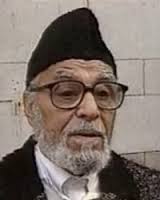 former Prime Minister of Iran (Iran again) and leader of Iranian exiles, was murdered at his house in a Paris suburb, allegedly with the complicity of the French secret service. And of course we know that soon after the plane landed in Milano Pizdamonavić was drinking coffee on the Slovene coast, keeping his eye on Kramberger. Breaking ranks with time to follow up on a connection, if there is one kind of person the French secret service would want dead it would be an Algerian, and in 1995 just such a creature, Abdelbaki Sahraoui

was killed in Paris during one of Mandrake Pizdamonavić’s many stays there—on July 11. The assassination was claimed by an Islamic Militant Group supposedly, in what journalists covering the event, including Todd Fullmer, consider a forged letter so poorly concocted as to all but eliminate the French secret service even though such a combination of assassination and misattribution would be right up their rue.

Moving back now, in 1994 (nothing terribly suspicious in 1993), the Georgian politician Giorgi Chanturia

was gunned down by a lot of people while he was in his car. It happened in December, and it is doubtful that Mandrake Pizdamonavić was there, but, strangely, irrefutable proofs have him in Tbilisi from May that year at least until early September. Otherwise, in this case, big fucking deal.

Finally—well, not finally, but to round off this summary and suggest a future for Mr. Pizdamonavić–in 1996 he was in Sofia on October second when Andrey Lukanov,

former prime minister, reformer, in bed with several major western business interests, etc., was killed in an assassination on the street much reminiscent of the murder of Olof Palme. Pizdamonavić was in Sofia even more often than he was in Paris, so coincidence is a slippery word, but then again, after 1996 he was often in Sofia and two dozen assassinations in Bulgaria, mostly in Sofia, over the next decade suggest that not all of Mandrake Pizdamonavić’s bullets were spent in Beograd during that time.